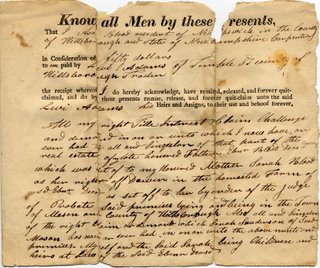 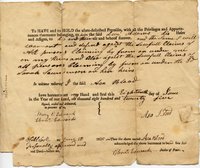 I have copies of two letters written by Asa Blood b 1763, son of Ebenezer and Sarah (Fisk) Blood to his son Hervey Blood, and the signatures resembles the signature on this deed. I believe you are right in saying that this was a deed from Asa Blood of Mason, NH b 1763.