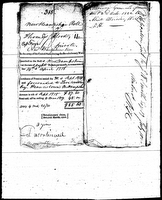 C. Ogden
I have been researching my genealogy since 1996.